Almost exactly a year ago today (11 September 2012) I wrote a blog tip entitled ‘Watch for changing paradigms’ (click to read it).  At the time I was crafting that blog, the Board and management team at BlackBerry would have already been sweating buckets round the Board table about the paradigm shifting under their feet.  I for one had already switched fruit allegiance many moons prior and clearly I was not alone.   Last Friday BlackBerry Ltd warned shareholders to expect a net operating loss of up to $995 million for the quarter ended August 31 and announced it’s intention to cut more than a third of its global workforce – sending its share values plummeting.

The reason for such a seeming train smash?  They were late to market.  By the time the BlackBerry 10 Series arrived, many once loyal users had already made the switch to a competitive smart phone and placed their loyalty with other brands.  I know I did.  Did you?

I loved my Blackberry.  I was very happy with it.  (Apart from those fiddly little key pad buttons – a disaster with acrylic nails darling!).  But Apple was seducing me through peer group pressure.  All my friends had an iPhone.  My kids were begging me to get an iPhone.  I had an iPod, I loved iTunes and was also feeling the lure of the iPad.  The i’s were calling.  Apple was just sexier.

Then I dropped my iPod down the toilet and someone told me an iPhone would double as a phone and play my songs from iTunes. And it was all  over. Sold to the lady with the dripping iPod!  I jumped into the Apple basket and have never looked back since.

Meanwhile as millions of others found their own reasons to switch to Apple or another smart phone brand, BlackBerry missed the boat.  The $930 – $960 million write down in it’s fiscal second quarter is said to be due to a ballooning stockpile of unsold BlackBerry z10 devices.

And so the lesson?

Back to my blog post of a year ago.  As I advised back then… keep a close eye on the trends.  Yes set your long term goals.  And yes, create a solid business plan every year to meet targets.  But always include a review of industry trends, competitor analysis and build future proofing into your planning.  Ask yourself constantly what is on the horizon and how can you be one step ahead?

Better still, be the Apple.  Be the innovator and the one to change the paradigm in the first place.  Can you spot a trend coming and pioneer the way?  Keep thinking…

Good luck out there!

From the desk of liber8yourbusiness. Business mentors and publisher of Liber8 Your Business: The revolutionary business planning technique that will set every small business owner free. 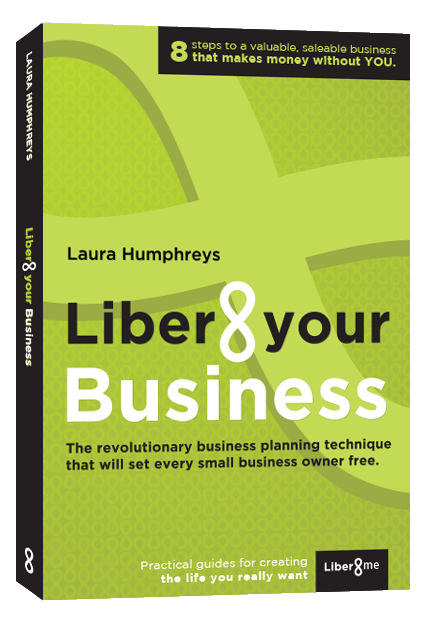